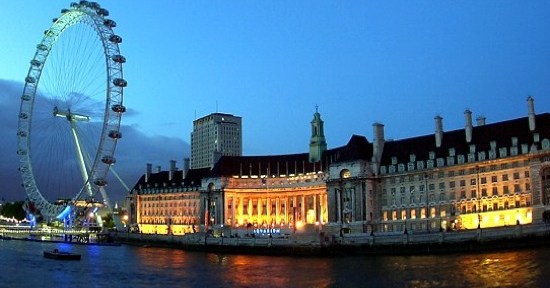 A stone’s throw away from the London eye, Southbank Centre and the OXO tower, Waterloo has much more to offer than just a station.

After moving from our Shoreditch studio to Waterloo in May we’ve found ourselves amidst all the creative action and buzz. Being more central means we are closer to all our clients and this sense of being in the very heart of London sets us apart from our competitors.

The vibrancy and trendiness of Waterloo is reflected in our uniform designs for the Mondrian Hotel on South Bank. We collaborated with the top fashion stylist Karen Langley to create this uniform which would be best described as unique fashion pieces as opposed to uniform. Karen is the former Dazed magazine fashion editor and she has worked closely with Beyonce as her stylist and most recently designing her Topshop 2016 active wear brand called Ivy Park. The collection was inspired by the trendsetting skate parks of South Bank which leads us on to the equally cool graffiti tunnel….

The Leake Street 300 metre tunnel runs off York road and under the platforms of Waterloo station. This hidden gem is an authorised graffiti area and is any street artists dream. The area was originally used by Banksy himself in 2008 for an art display, but has now been completely covered by other street artists following in his footsteps. However, his idea of turning this walkway into ‘an oasis of beautiful art’ still remains. We were inspired by the way that this dark, dingy walkway has been transformed into a hub of colourful unique designs and we are always on the lookout for new colours and patterns that we can use as inspiration for our designer uniform.